Although we live in a period of unprecedented globalization and mass migration, many contemporary western liberal democracies are asserting their sovereignty over who gets to become members of their polities with renewed ferocity. Citizenship matters…

The extent to which British Idealism was heavily influenced by Scots has been little noticed, yet not only were they at the forefront of introducing Hegel into Britain in the work of Ferrier, Carlyle, Hutcheson, Stirling and Edward Caird, but they were… 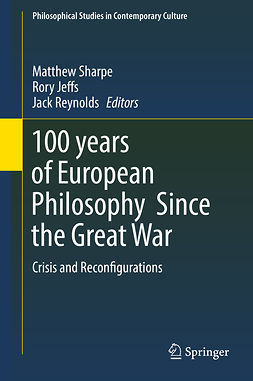 100 years of European Philosophy Since the Great War

This book introduces readers to the concepts of political philosophy - authority, democracy, freedom and its limits, justice, feminism, multiculturalism, and nationality. Accessibly written and assuming no previous knowledge of the subject, it encourages the reader to think clearly and critically…