The King of Cappielow, with a fitting Foreword by Sir Alex Ferguson CBE, is a tribute to the much-loved Scottish footballing legend, Andy Ritchie. He was born in Glasgow in 1956 and developed a passion for football from a young age. As a teenager he went for trials with several English clubs, but in the end joined Celtic in 1971 at the age of 15, signing professional forms in 1973. In 1976, after one too many alleged disputes with manager, Jock Stein, he became part of a transfer deal, moving to Greenock Morton in exchange for their goalkeeper, Roy Baines. And thus, for the next seven years, Andy Ritchie built his reputation as the ‘King of Cappielow’. Adored by the fans, but attracting less regal labels by the media, such as the ‘Idle Idol’ and the ‘Ambling Alp’, due to his large build and less than energetic footballing style, Ritchie proved his incredible ball skills time after time, netting 133 goals in 246 matches and achieving the honour of top goalscorer in the Premier League for three consecutive years. He became renowned for his ability to curl the ball into the net from free kicks, particularly corners, an expertise he purportedly developed from watching the Brazilians training for the 1974 World Cup, even though he sadly never got to play for Scotland. On leaving Morton, Andy Ritchie played briefly for Motherwell and was player/manager at Albion Rovers for a season before retiring from football in 1985, aged 28. The call of Scotland and football ever strong, he eventually returned to his roots from a management position at the Barbican in London and, after some time as a football scout, he took on his current role of SPL delegate/match observer. Although he received the coveted Football Writers’ Player of the Year award in 1979, he is yet to be inducted into the Scotland Hall of Fame. Maybe with this publication his time for full recognition will come. 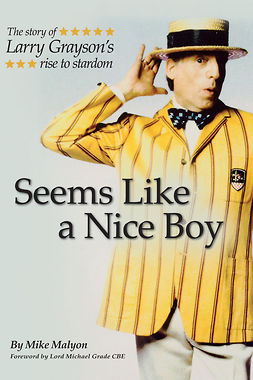