Spinoza is among the most pivotal thinkers in the history of philosophy. He has had a deep and enduring influence on a wide range of philosophical subjects, and his work is encountered by all serious students of Western philosophy. His Ethics is one of the seminal works of metaphysical, moral, religious and political thought; his Theological-Political Treatise inaugurated a novel method of biblical exegesis; and both his political works developed the pre-eminence of democracy above all other regimes. Nevertheless, the significance of Spinoza's philosophy is matched by its complexity. His system presents a considerable challenge for the modern student; his language is frequently opaque, while the esoteric themes explored in his work often require elucidation. Spinoza: Basic Concepts intends to overcome most of such difficulties. Each essay in this collection explores a key concept involved in Spinoza’s thinking, relating it to his understanding of philosophy, outlining the arguments and explaining the implications of each concept. Together, the chapters cover the full range of Spinoza's interdisciplinary system of philosophy. 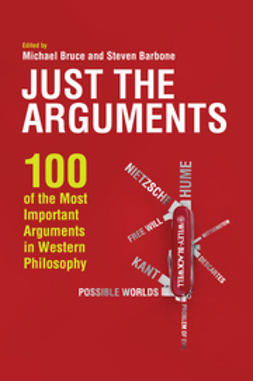 Just the Arguments: 100 of the Most Important Arguments in Western Philosophy