On the morning of the vernal equinox in 1899, Holmes is roused from his bed by Lestrade. The inspector has received a report of a girl brutally murdered at Stonehenge.
Upon arriving at the famed site, Holmes discovers the body of a young woman. On her forehead, painted in blood, is a druidic symbol. On her side, also in blood, is a message written in a strange language that neither Holmes nor Lestrade can decipher. The girl was also eviscerated and her organs placed around her body. As a final touch, branches from yew trees had been artistically arranged around the corpse.
Holmes senses a malevolent force at work, but without data, he is powerless. As the weeks pass, he slowly gathers information about the ancient druids and Celtic mythology and begins to assemble a small army of experts to assist him.
Expecting the killer to strike again on the summer solstice, Holmes and Watson travel to the Nine Ladies in Derbyshire, the site of another stone circle that harkens to druidic times. While they are holding their vigil, Lestrade and his men are off keeping watch over the stone circles at Avebury and several other locations.
The Great Detective’s worst fears are realized when on the morning of the summer solstice, he learns that the body of a young man has been discovered in the eye of the White Horse of Uffington. Like the first victim, he too has been marked with a druidic symbol and his body bears a message. Aside from the symbol and the message, the only other difference appears to be that his body and organs have been surrounded by willow branches.
Realizing full well that a maniac reminiscent of the Ripper is on the loose, Holmes and Watson find themselves in a race against time as they try to locate the cult, identify the killer and prevent another tragedy. 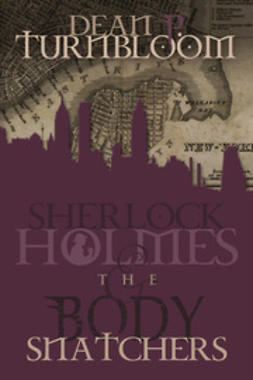 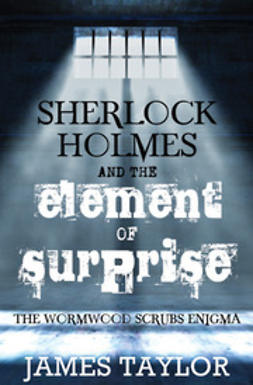 Sherlock Holmes and the Element of Surprise 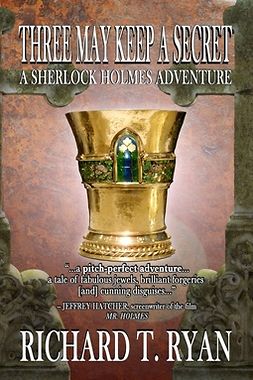 Three May Keep A Secret - A Sherlock Holmes Adventure