This book offers a radically new perspective on the so-called ‘Pop Art’ creative dynamic that has been around since the 1950s. It does so by enhancing the term ‘Pop Art’ which has always been recognised as a misnomer, for it obscures far more than it clarifies. Instead, the book connects all the art in question to mass-culture which has always provided its core inspiration. Above all, the book suggests that this Mass-Culture Art has created a new Modernist tradition which is still flourishing. The book traces that tradition down the forty and more years since Pop/Mass-Culture Art first came into being in the 1950s, and locates it within its larger historical context.
Naturally the book discusses the major contributors to the Pop/Mass-Culture Art tradition right down to the present, in the process including a number of artists who have never previously been connected with so-called ‘Pop Art’ but who have always been primarily interested in mass-culture, and who are therefore partially or totally connected with Pop/Mass-Culture Art. The book reproduces in colour and discusses in great detail over 150 of the key works of the Pop/Mass-Culture Art tradition. Often this involves the close reading of images whose meaning has largely escaped understanding previously. The result is a book that qualitatively is fully on a level with Eric Shanes’s other best-selling and award-winning writings. 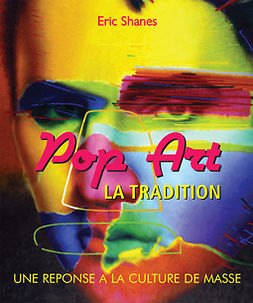 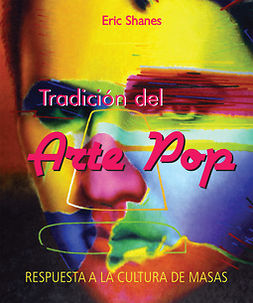