In this history the two battalions are dealt with separately but the list of Honours and Awards combines both battalions. When war broke out the 1st Battalion was in Bombay and sailed for home on 3 Sep 1914, arriving on 2 October and joining the newly formed regular division, the 8th. They landed in France on 5 November 1914 taking part in the battles of Neuve Chapelle, Aubers Ridge and Loos. Both the regiment’s VCs were won by the 1st Battalion, at Neuve Chapelle and during the Aubers Ridge battle. Subsequently the narrative describes the battalion’s part on the Somme, at Third Ypres, at Villers Bretonneux and the Chemin des Dames in 1918, and the Second Battle of Arras.
The 2nd Battalion in August 1914 was stationed in Sheffield, part of the 18th Brigade of the 6th Division which was widely dispersed with two brigades in Ireland and one in Northern Command. They landed in France in September 1914 and after taking part in the Battle of the Aisne moved north to the Ypres salient where the division stayed for the next thirteen months sustaining some 11,000 casualties before moving down to the Somme. The battalion fought at Lens in June/July 1917 suffering losses of 183 or a quarter of its trench strength, and it was also at Cambrai.
Wylly’s is a factual, unembellished account avoiding dramatics. Casualty figures are given from time to time following actions with individual officers named, as are officers with incoming drafts. After the war a memorial tower was erected at the summit of Crich Cliff, near Ripley, to be seen for miles around. The account of its opening, on 6th August of some unspecified year is reproduced from the Derbyshire Advertiser: It commemorates 11,409 of the Regiment who died in the Great War and the 140,000 who served in its thirty-two battalions. 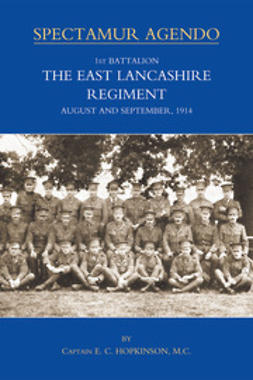