Arguably the finest regimental history even written. A magnificent publication it is with its profusion of maps, illustrations and photos - each page of photos contains several. The Worcesters was one of the five regiments that had four regular battalions before the war, with two special reserve and two territorial battalions. By the end of the war another fourteen battalions had been raised for a total of twenty-two of which twelve went on active service. 9,460 officers and men gave their lives, 71 Battle Honours were awarded and eight VCs one of whom, attached to the RFC, was the airman Leefe Robinson, famous for shooting down a zeppelin. Battalions served on the Western Front, in Gallipoli, Macedonia, Mesopotamia, Italy; one battalion ended the war in North Persia. Appendices provide the Roll of Honour; Honours and Awards including Mention in Despatches, with date of Gazette (for 'Companion' of the British Empire read 'Commander'); details of Badges, Colours and Distinctions of the regiment; and the music for regimental marches. Illustrations are by well-known artists depicting battle scenes including each VC-winning action - apart from Leefe's zeppelin.
After considering various factors, explained in his very informative preface, the author decided to present this history as one general story in which the number of the battalion concerned is printed in the margin of the pages dealing with its deeds. Attention is paid to minor actions such as trench raids, which usually find no place in compressed official histories; they are recorded in this history. The plans illustrate the engagements recorded in the book, and are designed to depict the part played by the several battalions in their battles and to enable the visitor to the battlefields to recognise the ground on which each fight took place, as much as to make clear the general course of those actions. The book opens with a very interesting account of the regiment in the years before the war, beginning at the turn of the century, and there is a very comprehensive index of 25 pages. This is a great piece of work and must rank as one of the finest of the Great War regimental histories, many would say the finest, and I wouldn't argue. 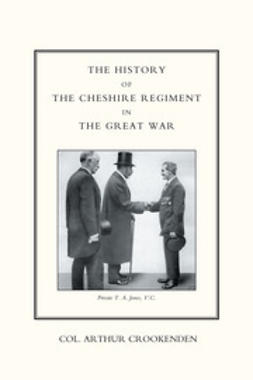