Prepared in the Intelligence Branch of the War Office, and originally published in 1887, this book gives a detailed account of the 1882 Egyptian campaign, which was a rapid affair, commencing with the bombardment and subsequent occupation of Alexandria in July; the near defeat of the British advance force by the Egyptians at Kassassin, and terminating with the British victory at Tel-El-Kebir on September 13th 1882. The eight appendices offer considerable reference material including an alphabetical list of all British and Indian Army Officers engaged, with their services, honours, medals and decorations for the campaign. Regimental lists of killed and wounded for all actions, and a detailed Order of Battle. Statement of troops (Regimentally) conveyed to Egypt and the Transports (named) in which they proceeded. A further appendix has been added to the original text which contains a nominal roll of all ranks killed and wounded at Tel-El-Kebir. A short-lived, but lively, Victorian campaign. 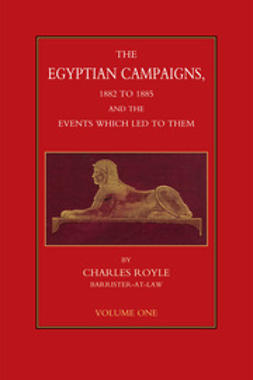