The 50th (Northumbrian) Division was a pre-war Territorial (TF) division which recruited from Northumberland, Durham and the North and East Ridings of Yorkshire. The infantry battalions came from the Northumberland Fusiliers, East Yorks, Green Howards and Durham Light Infantry. The division crossed to France on 16 April 1915 and by 23 April it had completed its concentration in the area of Steenvoorde, about 14 miles west of Ypres; the next day it was in action at St Julien during the German gas attacks and by the end of 4 May, the day after the battle of St Julien ended, it had suffered 3746 casualties. The division had been given no period of acclimatisation which was given to all other divisions on arrival on the Western Front.The division remained in the Ypres area till August 1916 when it moved down to the Somme, to III Corps, where it took part in the battles of Flers-Courcelette, Morval and the Transloy Ridges with losses of just over 4,000. The Somme offensive ended on 18 November 1916, but the division remained in that area till March 1917 when it moved up to the Arras sector where preparations were underway for a new offensive by Allenby’s Third Army, which 50 Division now joined. It took part in First and Second Scarpe and the capture of Wancourt Ridge at a cost of 2750 casualties during the two weeks 11to 24 April. The division did not enter the Third Ypres campaign till late in October 1917, in time to fight the Second Battle of Passchendaele from 26 October to the end of the offensive on 10 November.When the Germans launched their final offensive on 21 March 1918, 50th Division was back on the Somme, this time in Fifth Army and in that first week its casualties numbered nearly 3,500. In April it was with First Army at the Lys where it incurred further losses of 4,265. It was then one of the divisions sent down to the Aisne, in the French sector, with IX Corps, ‘for a rest;’ it arrived in time for another major German attack on 27 May, and by 6 June the division had lost almost 7,600 men. It was pulled right back, to the coast in the Dieppe area, and completely reorganizedThis history was the last of the Great War divisional histories to be published, written by the most prolific of all the Great War historians - eight regimental and four divisional histories. Wyrrall died just as he completed his task. In this book he relies considerably on the war diaries and histories of various units, on personal diaries, letters, experiences and anecdotes which together provide a history of the division’s activities seen very much at unit level and in detail. Appendices list all divisional and brigade commanders and the order of battle of units with changes. 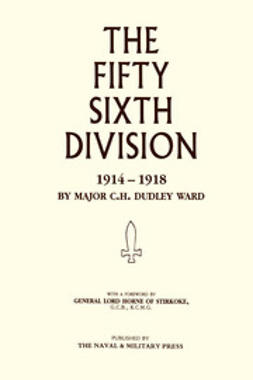 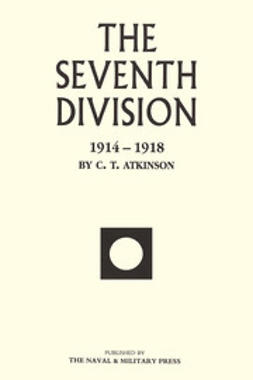