In 2015, The MX Book of New Sherlock Holmes Stories burst upon the scene, featuring over sixty new traditional Sherlock Holmes adventures, all set within the correct time period, and written by many of today’s leading Sherlockian authors from around the world. This first anthology, spread over three huge volumes, was the largest collection of its kind ever assembled in one place. Response was immediately and overwhelmingly positive, and there were soon calls for additional volumes. The result is this new collection, the next in an ongoing series, featuring twenty-two more Holmes investigations.

Since his first appearance in print in 1887, the popularity of Sherlock Holmes has only increased. Although originally chronicled in just sixty exploits, the number of additional Holmes tales discovered since then is literally in the tens of thousands. Along with those original narratives published by Dr. Watson’s first literary agent, Sir Arthur Conan Doyle, countless other people have managed to find their way to Watson’s Tin Dispatch Box in order to reveal more exciting cases featuring the Great Detective.

These accounts stretch from one of Holmes’s earliest cases, later recounted to Watson as they sit by the fire in the Baker Street sitting room, to an adventure just before Holmes’s retirement that affects both the ancient history and the very future of England. These and all the other excellent tales contained in this volume represent some of the finest new Holmesian storytelling to be found, and honor the man described by Watson as “the best and wisest ... whom I have ever known.”

“This fourth volume continues the tradition set by the first three books in the series. The twenty-three items in this book include twice as many that I rate as excellent as the few I rate only as good. All the rest I rate as very good and that gives the entire volume a rating of 'excellent' as compared to any other Anthology.” - Philip K Jones 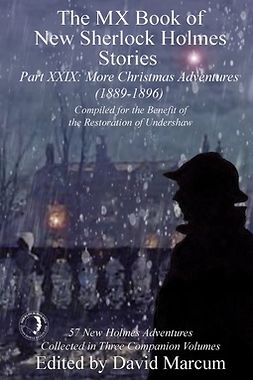