God is dead, but his presence lives on in politics. This is the problem of political theology: the way that theological ideas find their way into secular political institutions, particularly the sovereign state.

In this intellectual tour-de-force, leading political theorist Saul Newman shows how political theology arose alongside secularism, and relates to the problem of legitimising power and authority in modernity. It is not about the power of religion so much as about the religion of power. Examining the current crisis of the liberal order, he argues that recent phenomena such as the rise of populism, the renewed demand for strong national sovereignty and the return of religious fundamentalism may be understood through this paradigm. He illustrates his argument through an exploration of themes such as sovereignty, democracy, economics, technology, ecological catastrophe, messianism and the future of radical politics, engaging with thinkers ranging from Schmitt and Hobbes to Stirner, Foucault, and Agamben.

This book will be a crucial text for all students, scholars and general readers interested in the meaning and significance of political theology for political theory. 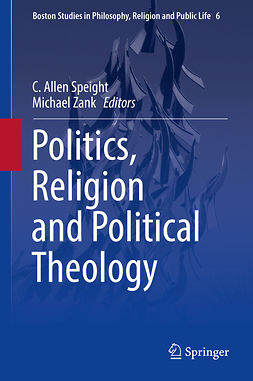