A singular development in the post-Cold War era is the use of military force to protect human beings. From Rwanda to Kosovo, Sierra Leone to East Timor, and Libya to Côte d'Ivoire, soldiers have rescued civilians in some of the world's most notorious war zones. But what about Syria? Why have we observed the Syrian slaughter and done nothing? Is humanitarian intervention in crisis? Is the so-called responsibility to protect dead or alive?

In this fully revised and expanded third edition of his highly accessible and popular text, Thomas Weiss explores these compelling questions. Drawing on a wide range of case studies and providing a persuasive overview of the theory and practice of humanitarian intervention in the modern world, he examines its political, ethical, legal, strategic, economic, and operational dimensions to highlight key debates and controversies. Neither celebratory nor complacent, his analysis is an engaging exploration of the current quandaries and future challenges for robust international humanitarian action in the twenty-first century. 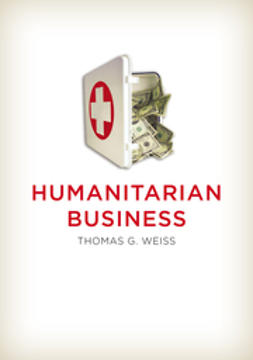