An updated examination of what's weakening the U.S. economy, and how to fix itThe Committee to Destroy the World: Inside the Plot to Unleash a Super Crash on the Global Economy is a passionate and informed analysis of the struggling global economy. In this masterfully conceived and executed work, Michael Lewitt, one of Wall Street's most respected market strategists and money managers, updates his groundbreaking examination of the causes of the 2008 crisis and argues that economic and geopolitical conditions are even more unstable today. His analysis arrives in time for the impending economic and geopolitical debates of the 2016 election season. Lewitt explains in detail how debt has now overrun the world's capacity, how federal policies of the past few decades have created a downward vortex sapping growth and vitality from the American economy, and how greed and corruption are preventing reform.

The financial crisis created tens of trillions of debt, leaving investors to pay a huge price for these policy failures:

While the financial media misses the story, Lewitt pulls no punches explaining how all of these trends are leading to the brink of another crisis.

Lewitt lays out a survival plan for the average investor to protect their assets when the debt bubble bursts. The first edition of this book expressed hope that policymakers would not let the financial crisis go to waste. This book urges investors to learn from the crushed hope and take action before the next crisis. 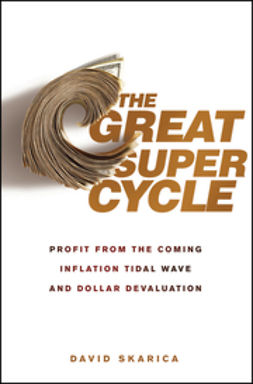