We must see to it that we put the best of ourselves in our letters; for there is nothing to suggest that we shall see each other again soon. So wrote Walter Benjamin to Gretel Adorno in spring 1940 from the south of France, shortly before he took his own life.


The correspondence between Gretel Adorno and Walter Benjamin, published here in its complete form for the first time, is the document of a great friendship that existed independently of Benjamin's relationship with Theodor W. Adorno. While Benjamin, alongside his everyday worries, writes especially about those projects on which he worked so intensively in the last years of his life, it was Gretel Karplus-Adorno who did everything in her power to keep Benjamin in the world.

She urged him to emigrate and told him about Adorno's plans and Bloch's movements, thus maintaining the connection between the old Berlin friends and acquaintances. She helped him through the most difficult times with regular money transfers, and organized financial support from the Saar region, which was initially still independent from the Third Reich. Once in New York, she attempted to entice Benjamin to America with her descriptions of the city and the new arrivals from Europe though ultimately to no avail. 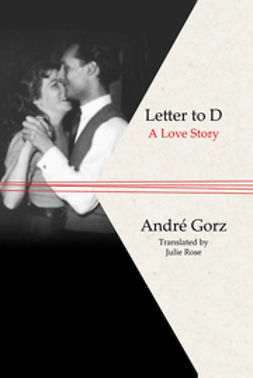 Letter to D: A Love Story