Social Movements in Global Politics is a timely new account of the unconventional, ‘extra-institutional’ activities of social movements.

In the face of impending global crises and stubborn conflicts, a conventional view of politics risks leaving us confused and fatalistic, feeling powerless because we are unaware of all that can be achieved by political means. By contrast, a variety of recent social movements, ranging from those of women, gays and lesbians and anti-racists, to environmentalists, the Occupy movement and the Arab Spring, demonstrate the enormous potential of political action beyond the institutional sphere of politics. At the same time, religious fundamentalists, racial supremacists and ultra-nationalists make clear that movements are not necessarily progressive and are often at odds with one another.

West highlights the many ways in which national and global institutions depend on a broader context of extra-institutional action or what is, in effect, the formative dimension of politics. He explores some of the major contributions of social movements: from the genealogy of liberal democratic nation-states, sixties’ radicalism and the ‘new social movements’ to the politics of sexuality, gender and identity, the politicization of nature and climate, and alter-globalization. The book also considers current theoretical approaches and sets out the basis for a critical theory of social movements. This is a fresh and original account of social movements in politics and will be essential reading for any students and scholars interested in the challenges and the unpredictable potential of political action. 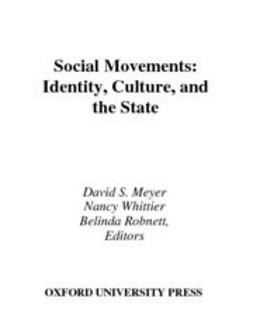