John Locke (1632-1704) has a good claim to the title of the greatest ever English philosopher, and was a founding father of both the empiricist tradition in philosophy and the liberal tradition in politics. This new book provides an accessible introduction to Locke’s thought. Although its primary focus is on the Essay Concerning Human Understanding, it also discusses the Two Treatises on Government, the Essay on Toleration, and the Reasonableness of Christianity, and draws on materials from Locke’s correspondence and notebooks to shed light on the contexts of these major works. Locke’s arguments for his central claims are subjected to close scrutiny, and his replies to his main critics evaluated.

A.J. Pyle takes as his guiding theme Locke’s own maxim, that God has given humans enough knowledge for our needs. The philosopher who emerges from these pages is a strikingly modern figure, anti-metaphysical in his attitude both to science and to theology, anti-authoritarian in his politics, and cautiously optimistic about human progress. Locke is indeed one of the founding figures of the Enlightenment, but for Pyle the Lockean Enlightenment is a modest affair of slow and hesitant groping towards the light.

As well as serving as an introduction to Locke for students, the book also helps to correct a number of significant errors and misunderstandings that have marred our understanding of Locke and will spark discussion and debate amongst scholars of his work. 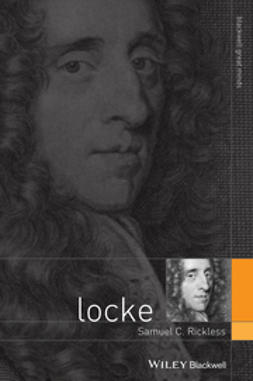