The terms 'global' and 'civil society' have both become part of the contemporary political lexicon. In this important new book, Mary Kaldor argues that this is no coincidence and that the reinvention of civil society has to be understood in the context of globalization. The concept of civil society is no longer confined to the borders of the territorial state. Whether one considers dissidents in repressive regimes, landless labourers in Central America, campaigners against land mines or global debt, or even religious fundamentalists, it is now possible for them to link up with other like-minded groups in different parts of the world and to address demands not just to national governments but to global institutions as well. This has opened up new opportunities for human emancipation, and, in particular, for going beyond war as a way of managing global affairs. But it also entails new risks and insecurities.

This is a book about a political idea - an idea that came out of the 1989 revolutions. It is an idea that expresses a real phenomenon, even if the boundaries and shape of the phenomenon are contested and subject to constant redefinition. The study of past debates as well as the actions and arguments of the present is a way of directly influencing the phenomenon, and of contributing to a changing reality, if possible for the better. The task is all the more urgent in the aftermath of September 11.

Global Civil Society will be read by students of politics, international relations and sociology, as well as activists, policy-makers, journalists and all those engaged in global public debates. 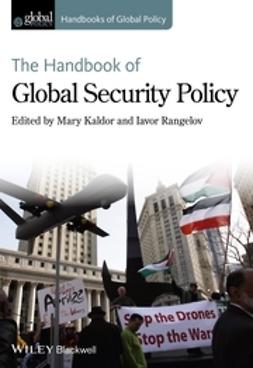