A jogger is running near the perimeter of the African Lion Safari theme park in southern Ontario when he stumbles across a near- mummified skeleton in a field. The skeletal remains are studied at the Hamilton morgue by a forensic pathologist, a forensic anthropologist, and a forensic entomologist (known as “the bug lady”). The victim is female, non-Caucasian. But who is   she?

Enter Hamilton homicide investigator Paul Lahaie and his team. During the investigation, a forensic detective hits upon the secret to cracking the identity of the dead woman. The hardened skin on the fingertips is rehydrated, rolled for prints. And a match is found: Yvette Budram, a woman from Guyana who emigrated to Canada and married a man named Mohan Ramkissoon. Her prints happened to be in the CPIC system because she has a criminal record for uttering death threats against her husband.

Detectives search Mohan and Yvette’s Mississauga house. They find a hole cut in the bedroom mattress, and blood residue around it — Yvette’s blood. And her blood on the TV. And in the trunk of Mohan’s car. They believe he drove her body to the country field outside Hamilton and dumped her. A manhunt ensues and Mohan is taken into custody, but he denies it all and points suspicion at a man he claims Yvette had an affair with, whose nickname is “Happy.”

This CSI-style story is wrapped up in court with a surprising revelation from a jail cell. There was justice at last for Yvette Budram. 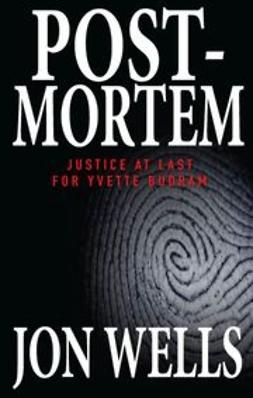