A fascinating exploration of the philosophy behind NBC’s hit TV series, 30 Rock

With edgy writing and a great cast, 30 Rock is one of the funniest television shows on the air—and where hilarity ensues, philosophical questions abound: Are Liz Lemon and Jack Donaghy ethical heroes? Kenneth redefines "goody two shoes", but what does it really mean to be good? Dr. Leo Spaceman routinely demonstrates that medicine is not a science, so what is the role of the incompetent professional in America today?

In 30 Rock and Philosophy, Tina Fey and her fellow cast members are thrust onto the philosophical stage with Plato, Aristotle, Kantand other great thinkers to examine these key questions and many others that involve the characters and plotlines of 30 Rock and its fictional TGS with Tracy Jordan comedy show.

Ideal for both casual and diehard fans, this book is the essential companion for every 30 Rock­-watcher. 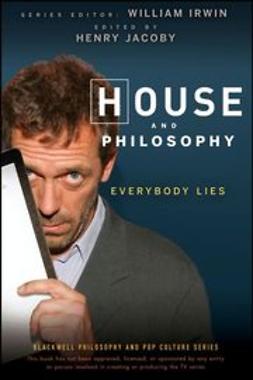