DotNetNuke is a powerful open source framework for creating and deploying web sites with dynamic and interactive content. Written by the creator of DotNetNuke and a team of DotNetNuke community experts and ASP.NET programmers, this book provides you with the tools and insight you need to install, configure, and develop web applications with DotNetNuke 5.

You'll discover how to extend the portal framework by developing and distributing modules that plug into a DotNetNuke portal, and you'll examine the flexible skinning capabilities of DotNetNuke. This helpful exploration of the history, structure, and foundation of the DotNetNuke application affirms its place as an extremely extensible application framework.

What you will learn from this book

Who this book is for

This book is for nondevelopers who are interested in exploring the DotNetNuke framework as well as experienced ASP.NET developers who want to build dynamic ASP.NET sites or create add-ins to DotNetNuke.

Wrox Professional guides are planned and written by working programmers to meet the real-world needs of programmers, developers, and IT professionals. Focused and relevant, they address the issues technology professionals face every day. They provide examples, practical solutions, and expert education in new technologies, all designed to help programmers do a better job. 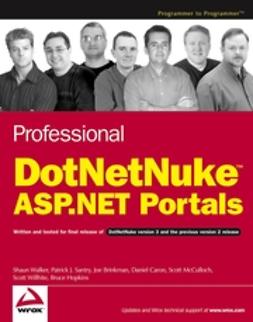 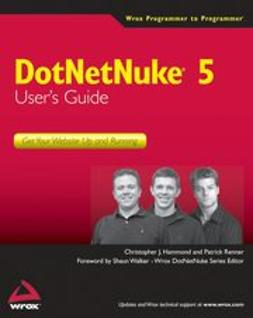 DotNetNuke 5 User's Guide: Get Your Website Up and Running