"The American Dream" is one of the most familiar and resonant phrases in our national lexicon, so familiar that we seldom pause to ask its origin, its history, or what it actually means.
In this fascinating short history, Jim Cullen explores the meaning of the American Dream, or rather the several American Dreams that have both reflected and shaped American identity from the Pilgrims to the present. Cullen begins by noting that the United States, unlike most other nations, defines itself not on the facts of blood, religion, language, geography, or shared history, but on a set of ideals expressed in the Declaration of Independence and consolidated in the Constitution. At the core of these ideals lies the ambiguous but galvanizing concept of the American Dream, a concept that for better and worse has proven to be amazingly elastic and durable for hundreds of years and across racial, class, and other demographic lines. Cullen then traces a series of overlapping American dreams: the quest for of religious freedom that brought the Pilgrims to the "New World"; the political freedom promised in the Declaration; the dream of upward mobility, embodied most fully in the figure of Abraham Lincoln; the dream of home ownership, from homestead to suburb; the intensely idealistic--and largely unrealized--dream of equality articulated most vividly by Martin Luther King, Jr. The version of the American Dream that dominates our own time--what Cullen calls "the Dream of the Coast"--is one of personal fulfillment, of fame and fortune all the more alluring if achieved without obvious effort, which finds its most insidious expression in the culture of Hollywood.
For anyone seeking to understand a shifting but central idea in American history, The American Dream is an interpretive tour de force. 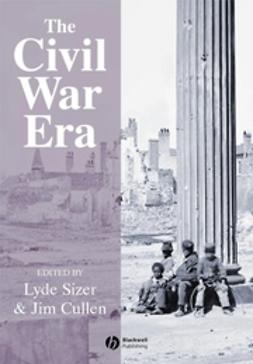 The Civil War Era: An Anthology of Sources