This ground-breaking, state-of-the-art book provides the first comprehensive review of Euroscepticism in contemporary European politics. Leading scholars address the strength and breadth of Euroscepticism across a range of EU member and candidate states, and draw out comparative lessons on the nature of political parties, party systems, and the domestic politics of European integration. - ;The project of European integration now spans Europe, but in becoming bigger and broader the European Union has brought on itself significant criticism. As the EU becomes deeper, wider, and more ambitious, so opposition and scepticism become more prominent for citizens and more problematic for elites. Concerns about a 'democratic deficit' and the distance between European elites and publics have come to be a common feature of European politics. As a consequence Euroscepticism has
become a part of the terrain of conflict between political parties across Europe.

Opposing Europe? provides the first comprehensive review of party-based Euroscepticism across the breadth of contemporary Europe and the first in-depth comparative academic study of Euroscepticism. This, the second of two volumes, is made up of comparative chapters which address different aspects of Euroscepticism. The volume looks across Europe and includes EU member states and candidate and non-member states in order to draw out comparative lessons that relate to the nature of
political parties, party systems, and the domestic politics of European integration.

Opposing Europe? is a groundbreaking, 'state of the art' book that provides a definitive review of a key issue in European politics. It is also one of the few attempts to integrate the fields of EU studies with both West European and East European studies in order to draw lessons about the way in which the EU interacts with domestic politics in both member and non-member states. Examining the way that parties position themselves and compete on the European issue provides powerful
lessons for the trajectory of the European integration project more generally, and on the prospects for the emergence of a European political system and polity. - 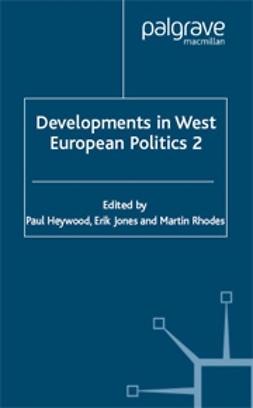