Working with Watson and Crick on the structure of DNA was a third man, Maurice Wilkins, based at King's College London with co-worker Rosalind Franklin. Franklin died in 1958 and the Nobel Prize for the discovery of the Double Helix was awarded to the three men in 1962. As Maurice Wilkins explains here in his autobiography, ' the Franklin/Wilkins story has often been told as an example of the unjustness of male scientists towards their women colleagues, and questions have been
raised over whether credit was distributed fairly when the Nobel Prize was awarded. I have found this situation distressing over the years, and I expect this book is in some ways my attempt to respond to these questions, and to tell my side of that story.' - ;The Nobel Prize for the discovery of the structure of DNA was given to three scientists - James Watson, Francis Crick, and Maurice Wilkins. It was the experimental work of Wilkins and his colleague Rosalind Franklin that provided the clues to the structure. Here, Wilkins, who died in 2004, gives us his own account of his life, his early work in physics, the tensions and exhilaration of working on DNA, and his much discussed difficult relationship with his colleague Rosalind. This is
a highly readable, and often moving account from a highly distinguished scientist who played one of the key roles in the historic discovery of the molecule behind inheritance. -

Europe in Search of Political Order : An Institutional Perspective on Unity/Diversity, Citizens/their Helpers, Democratic Design/Historical Drift, and the Co-Existence of Orders 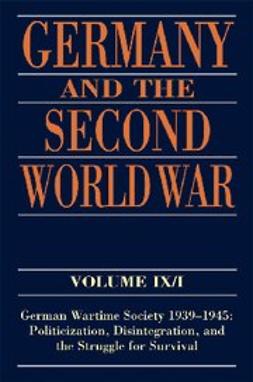